ezFlap widgets can work together with native widgets.

Third-party widgets (i.e. widgets that are not built into Flutter) can be used this way as well - as long as their libraries are imported into the ezFlap widget file.

ZBuild can also be used to embed widgets generated the "native" way in the ZML.

# Use in Native Widgets

ezFlap widgets can be used inside native widgets.

If an ezFlap widget has no interaction with its host (i.e. does not accept props, does not emit events, etc.) - then it can be used simply by invoking its constructor:

If an ezFlap widget has interactions with its host - an extra initialization step is required.

This initialization step should takes place at the widget's constructor, using the following methods provided by ezFlap: 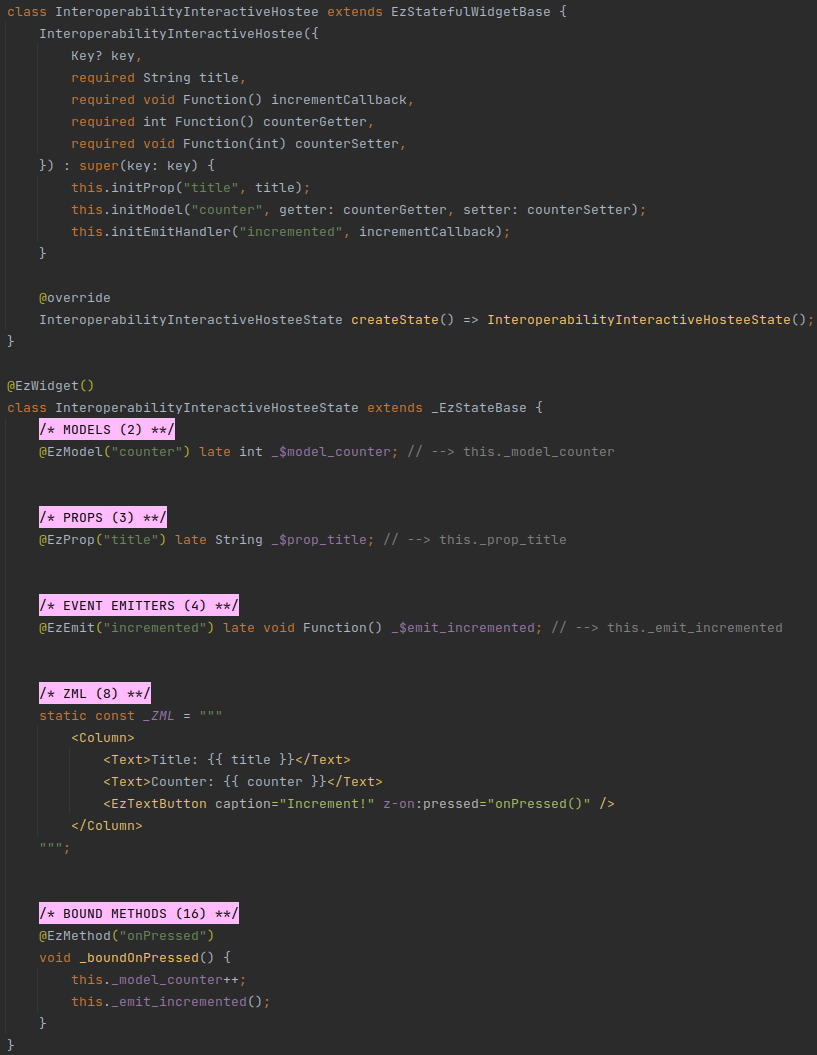 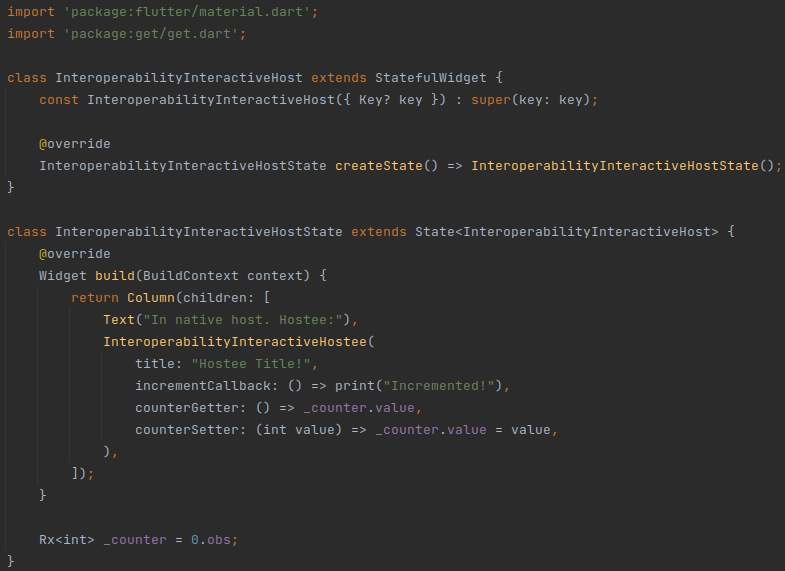 Notice how the _counter field in the host example above is of type Rx<int>.

This is needed for the passed model to be reactive. Without it - the Counter: {{ counter }} in the hostee widget will not be updated on the screen when the user presses the button.

If the model only needs to be updated by the hostee - then it's not necessary to make it reactive (i.e. and so no need to use an Rx).

In some cases we may want an ezFlap widget to support both instantiation methods:

One example for such case is when authoring a widget for other people to use.

By default, ezFlap generates code that instantiates ezFlap widgets using their default constructor, which is expected to work without parameters.

To allow a widget to be dual-used by both native code and ZML - add a parameter-less custom factory method with the name $ezFlapFactory.

When ezFlap detects such a factory - it generates code to use it instead of the default constructor.

In the example above, we added a $fromZML parameter to the default constructor, to prevent it from initializing the widget when invoked from the designated ezFlap factory $ezFlapFactory().

We prefix the ezFlap factory with $ to indicate to future users of the authored widget that this is an internal factory that they should not call directly.

An ezFlap host of our hostee may look like this: 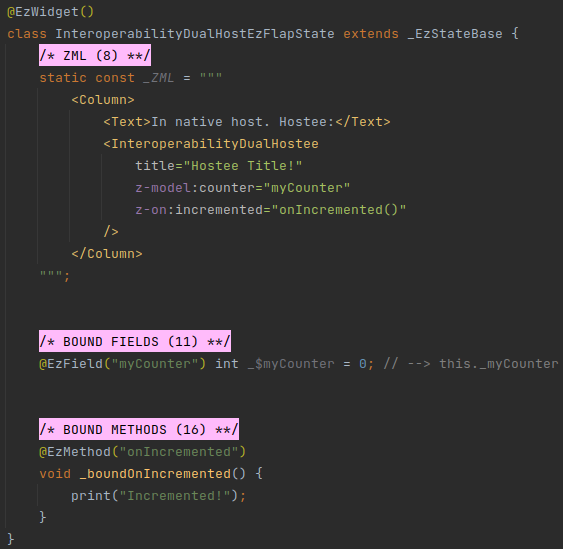