The ezFlap library is primarily about widgets, but it also offers a few additional tools out of the box.

One of these tools is a simple, annotation-based dependency injection (DI) system.

One benefit of using ezFLap DI is its integration with the ezFlap widget testing tools for mocking services.

Services are singletons that can be automatically injected into ezFlap widgets and into other services.

As seen in the above example, to create a service we: 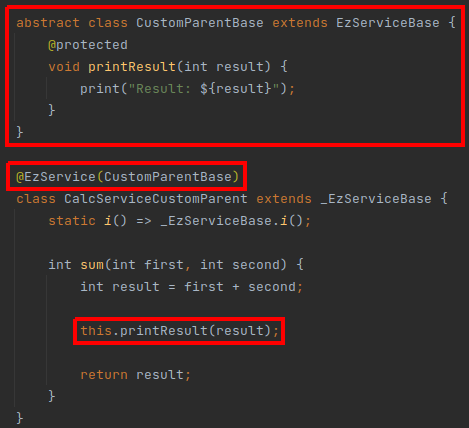 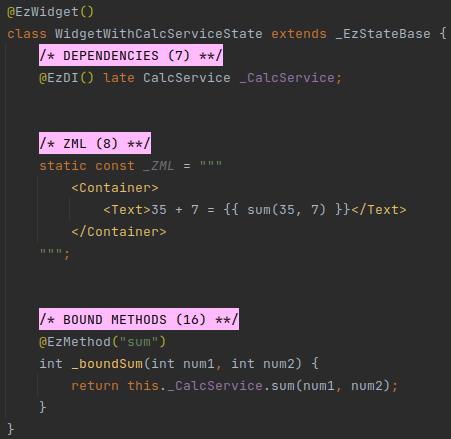 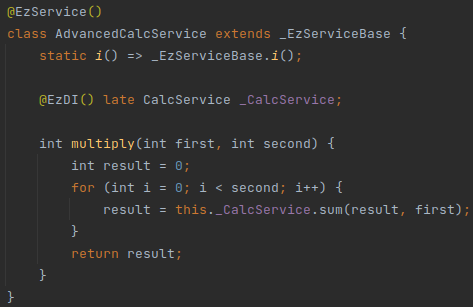 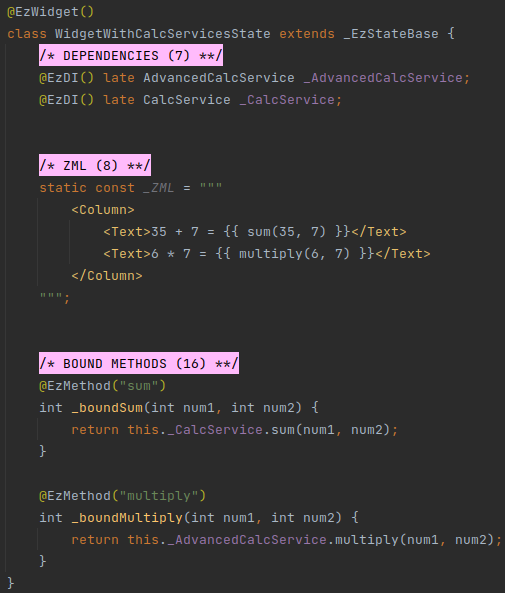 ezFlap services can be used in classes that don't support injection (i.e. classes that are neither ezFlap widgets, nor other services).

To access an ezFlap service from such a class - get the service's instance using its i() function.

It's often convenient to use getters: 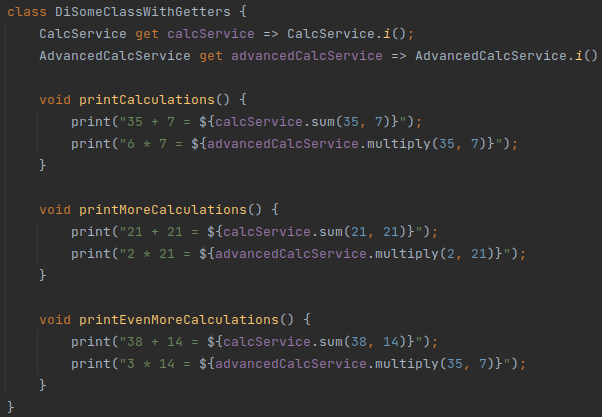 Services are singletons, and @EzDI is guaranteed to inject the same instance every time, in every target.

In the above sections, we saw how to inject a service with the @EzDI annotation.

When using @EzDI - the injected service classes are specified directly, and so it is determined at compile time which service would be injected.

Sometimes it can be useful to use an abstraction instead of a concrete class, and determine in runtime which service will actually be injected.

This is accomplished with the @EzDIProvider annotation, and a couple of additional ezFlap helper classes.

In the below example, we will create a couple of services that return animals.

Each service will return a single animal, and the "choice" of which service to inject will be made in runtime.

For this, we will create the following classes:

Finally, we tie it all up in an ezFlap widget, using the @EzDIProvider annotation.

In the below example, the user can change which service is used as the animal provider by pressing a button: 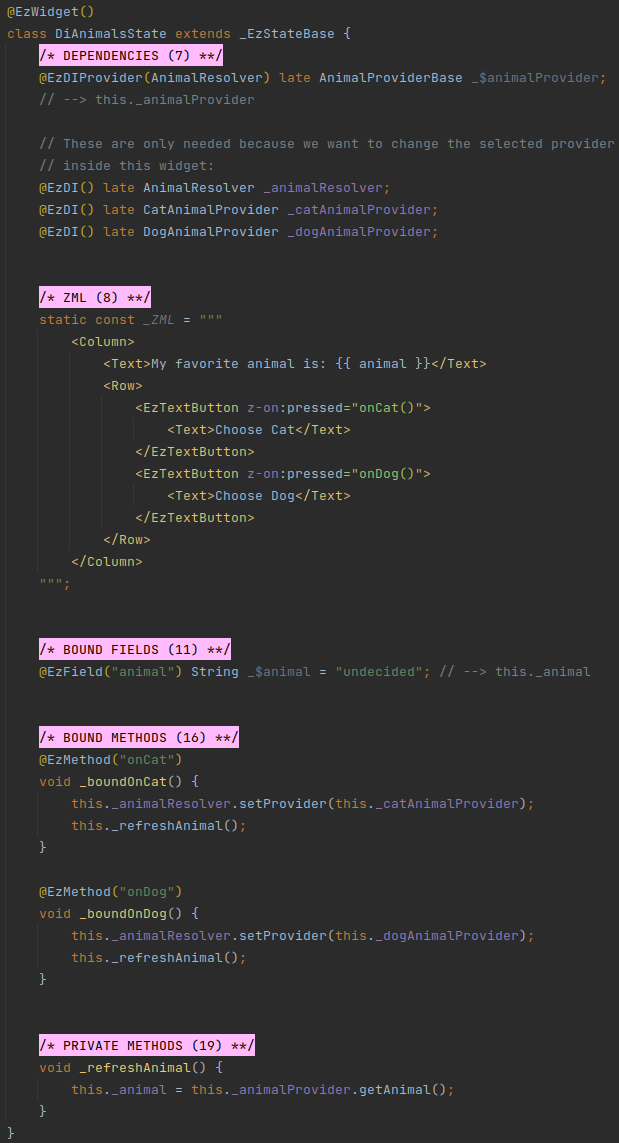 We only need to do this because we want to change the selected provider from within the widget.

This is useful for example purposes, but in most real life scenarios we would set the provider even before the widget is rendered (e.g. during the bootstrapping phase of the application).

The following hooks can be overridden by injection provider classes (e.g. such as AnimalProviderBase, or the classes that extend it, like CatAnimalProvider):

These hooks are called as a provider class is attached to or detached from the resolver.