ezFlap widgets use Props instead.

A Prop is similar to a constructor parameter, only that instead of being specified in a constructor - it is specified as a field in the widget class, and marked with the @EzProp annotation. 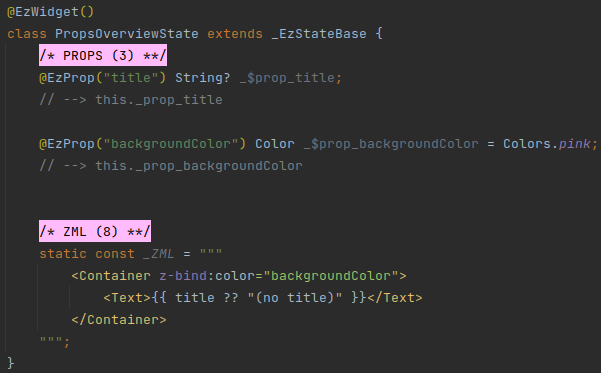 In the above example, the PropsOverview ezFlap widget will be rendered three times, with a different background color and title each time.

It is also possible to pass data to Props using named parameter tags: 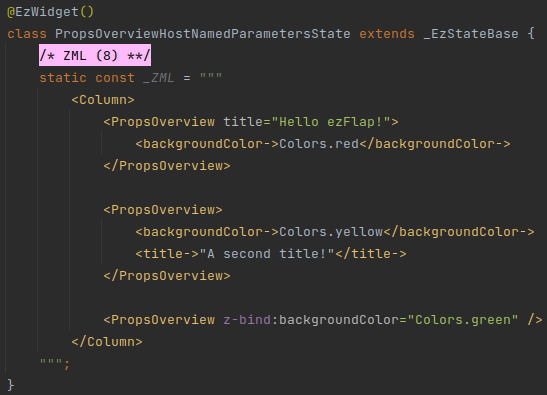 If a key prop exists as well - the key is also passed to it.

Remember to import the classes of the ezFlap widgets you use.

If they are not imported - the code generator will log errors and generate incorrect code.

USE IN NATIVE FLUTTER WIDGETS

ezFlap widgets can be hosted in native Flutter widgets.

Then read more about ezFlap Interoperability.

Props are read-only inside the ezFlap widget where they are defined.

Their values change when the values of the attributes that are assigned to them in the host widget change. 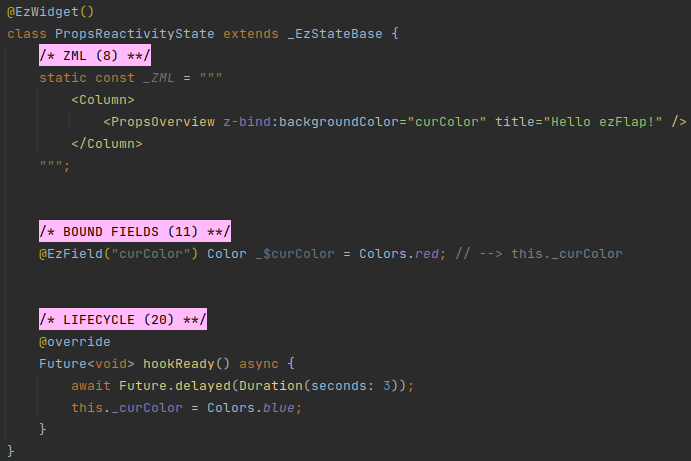 In the above example, the background color of PropsOverview changes after three seconds from red to blue.

Props can be declared in three variations: late, Nullable, and Default Value.

Like late Bound Fields, late Props must not be accessed before they are made available by the host widget.

Props can be declared as nullable. 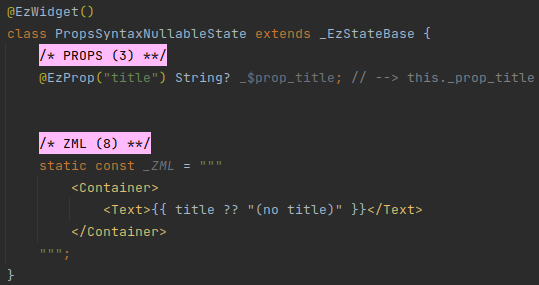 When a Prop is declared as nullable, the same rules that regular Dart nullable rules apply to it.

Props can have a default value.

Props can be used in the same places where bound fields and other reactive data can be used.

When used in code, a prop is accessed using the Derived Name of its declaration.

The Derived Name of: