In some situations it may be convenient to have multiple ezFlap widgets extend a base widget.

For example, we may have a wizard with multiple steps, where each step has its own widget, but all steps share certain functionality, like props, computed, bound fields, initialization logic, etc.

When an ezFlap widgets extend an abstract ezFlap widgets - it inherits all of its ezFlap functionalities (e.g. props, etc.) - as if they were its own, except for the parent's ZML and ZSS.

The ZML of the child widget will be embedded in the ZML of its parent, using the <ZInheritingWidget> tag. 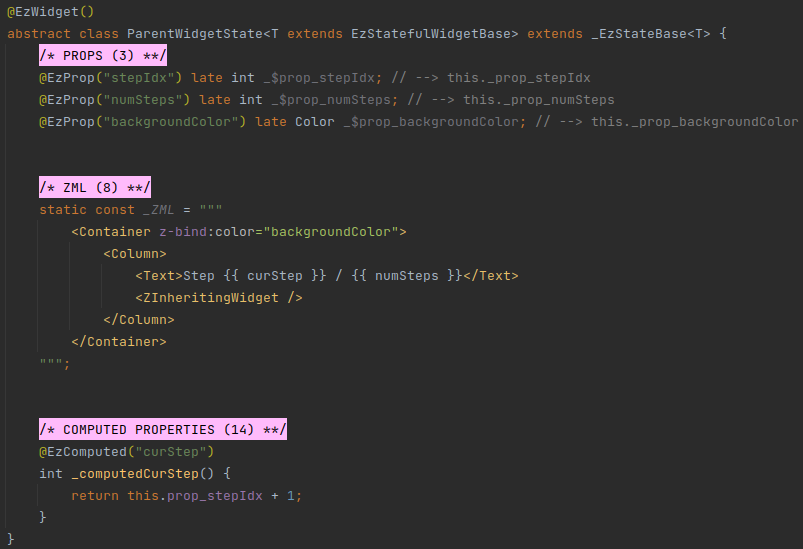 In the example above, the ParentWidget widget:

ezFlap generates code for the props, computed, and other ezFlap functionalities without an underscore prefix in order to make them available to extending widgets.

The ZSS of a parent widget is applied only to the ZML of the parent.

PARENT ZSS IS NOT APPLIED TO CHILDREN

The ZSS applied to a parent widget is not (automatically) applied to ZML of children widgets.

To apply it, reference the ZML in @EzWidget or move it to a ZSS file. See more information in ZSS. 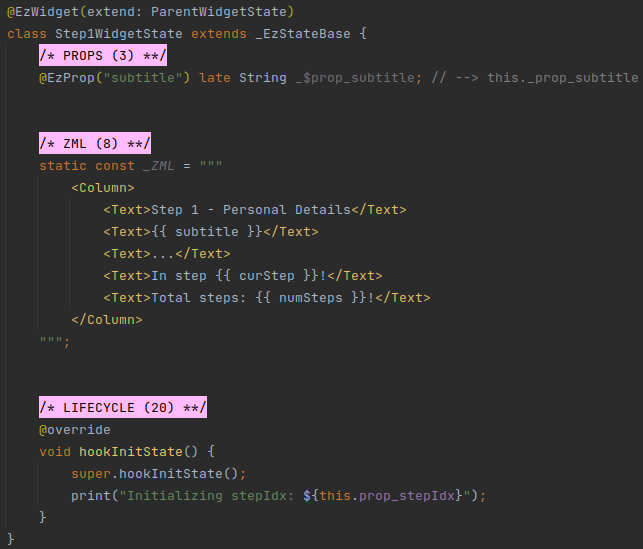 In the example above, the Step1Widget widget:

A couple more wizard steps can look like this: 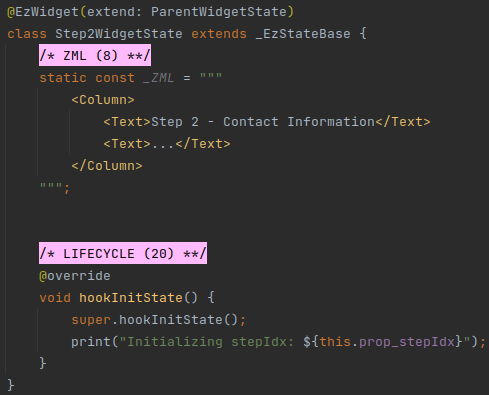 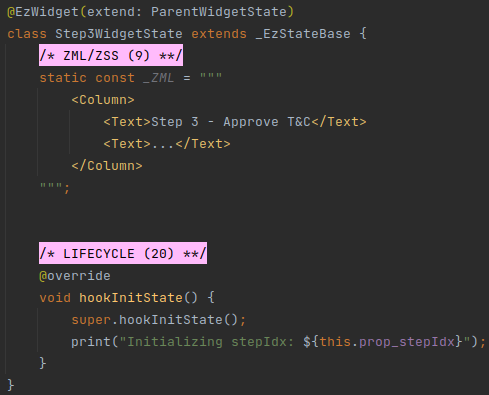 These three step widgets can be used in a wizard widget, like this: 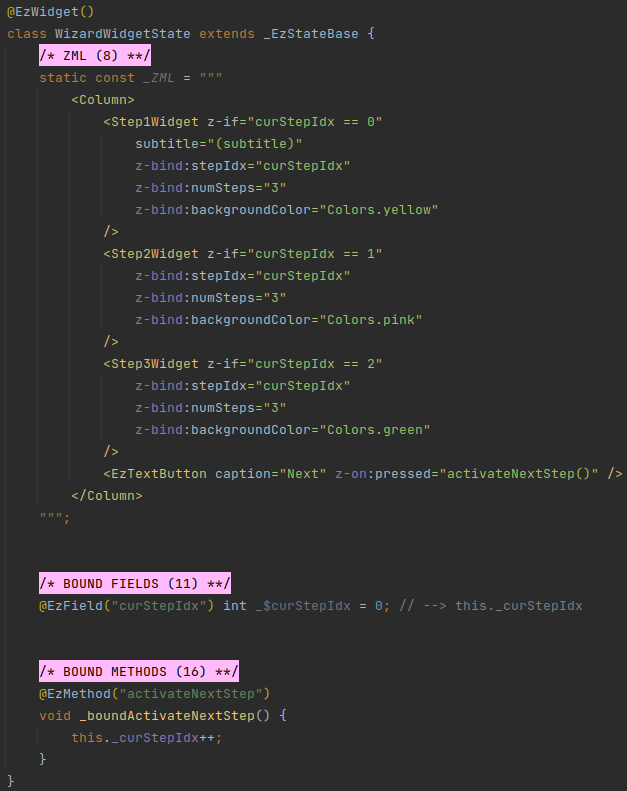 It is possible to have multiple levels of inheritance.

For example, if we wanted to have a MiddleWidget between ParentWidget and a new Step4Widget, then we could implement them like this: 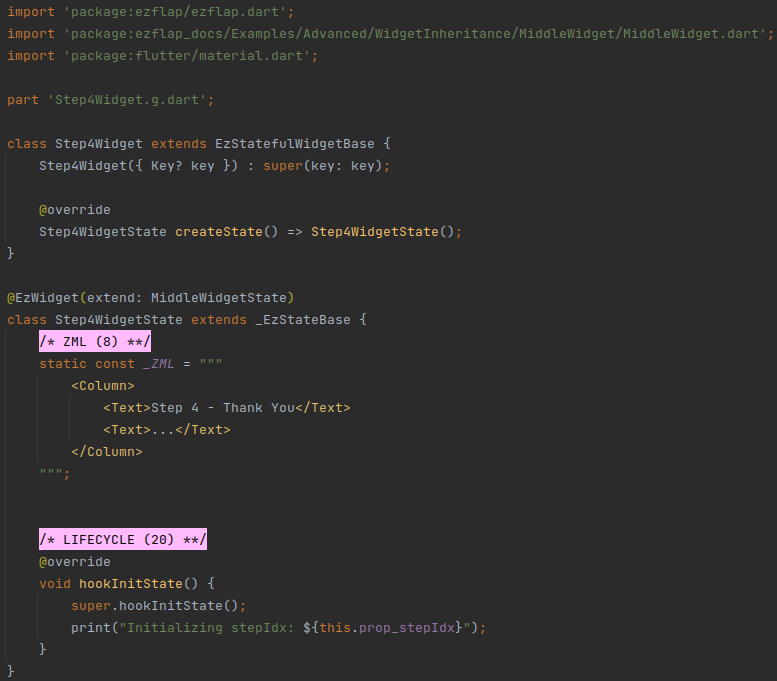