Transformers allow to simplify certain repetitive patterns in the ZML.

Transformers are invoked automatically for all ZML, including named parameters in ZSS.

The available transformers are described in this chapter.

The Children transformer allows to provide children tags as unnamed children, without explicitly specifying the children or child named parameter. 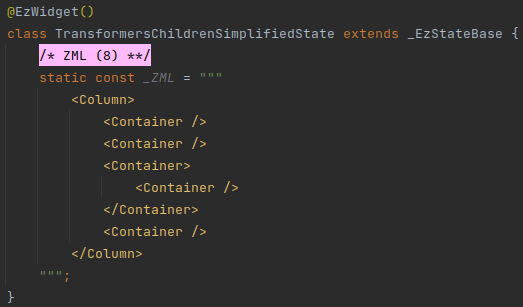 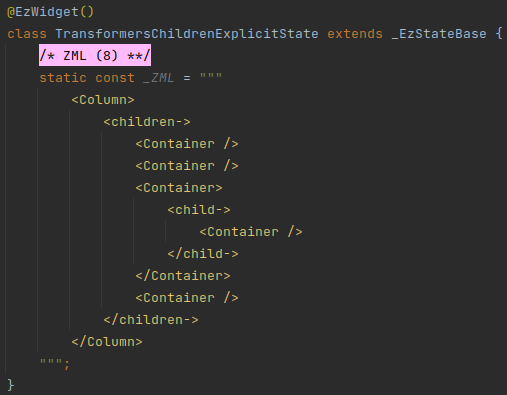 Applied to class tags that satisfy all of the following criteria:

The Text transformer allows to: 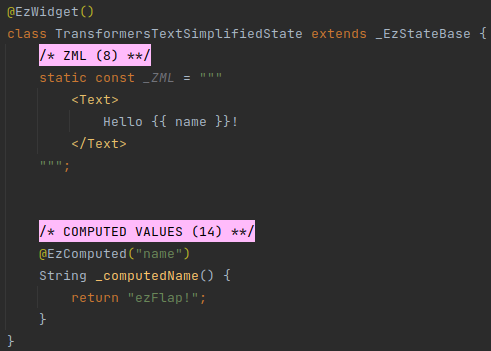 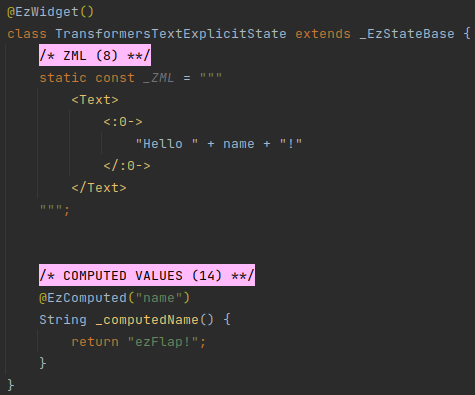 Applied to Text tags that satisfy all of the following criteria:

First, all XML comments are removed. Everything between <!-- and --> is removed, according to standard XML rules.

Comments are removed before the text is parsed and processed, so they get removed even if according to Dart rules they would not.

Then, the text is processed in multiple steps, in the following order:

First, the text is broken into parts, where each part is either a mustache section, or text.

For example, the content Hello {{ name }}! will be broken into three parts:

Then, ezFlap iterates over the parts.

The mustached parts are converted to a Dart interpolation string, e.g. ${ name }.

Non-mustached parts are processed in multiple steps, in the following order:

The interpolated text is passed to its text named parameter. 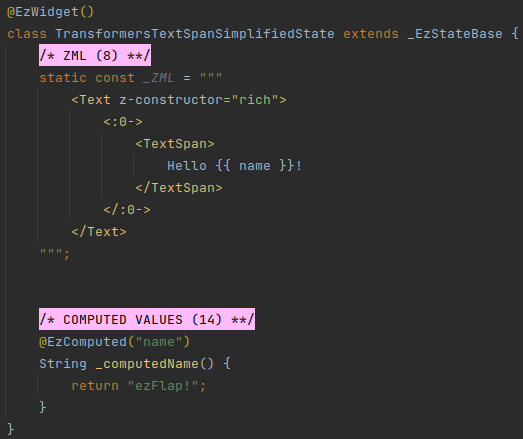 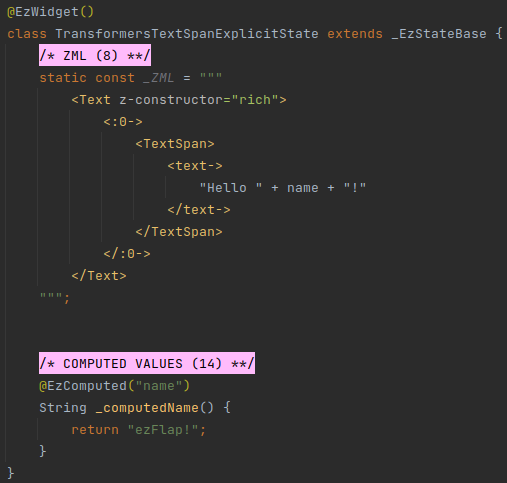 Applied to TextSpan tags that satisfy all of the following criteria:

Applies the same logic as the Text transformer.